The project UP END DOWN by the Cirk La Putyka is a follow-up of the previous La Putyka show developing its genre but with one big difference: none of our actors, dancers and athletes was involved with the circus disciplines chosen for the new project (teeter board, silks, ropes, straps, wu-shu) before the rehearsals for the show began.

The show tells the story of a man living uniquely with his memories. He lives through his flights and falls but is unable to break free from the luggage he carries in himself to live in a relaxed and liberated way. UP END DOWN is looking at the journey from birth to death, the journey from the earth to the heaven and back through the prism of our fantasy. A crossroads between two streets, between heaven and earth, between the memories and the present, between smile and tears, taking off and falling. A crossroad of genres.

UP END DOWN has appeared at the festival „Janvier dans les étoiles“ (La Seyne Sur Mer). As well, this production has been invited at the Festival Roundhouse (London) and Festival des 7 collines (Saint-Etienne).

"A New Circus poem about people and angels leaves everything Novák produced so far several light years behind."

Best Production of the Year 2010, category dance - a survey by the theatre fortnightly news 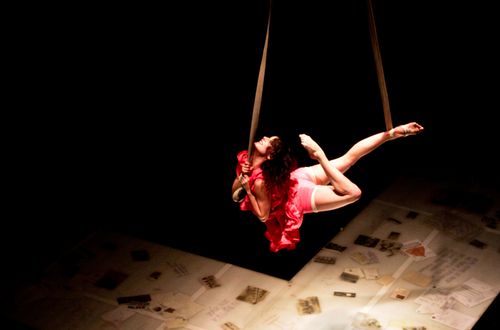 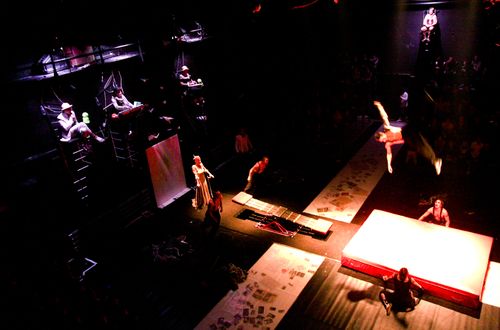 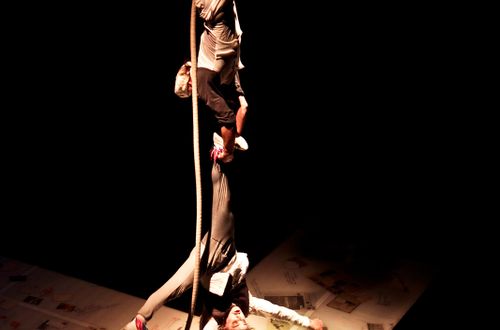 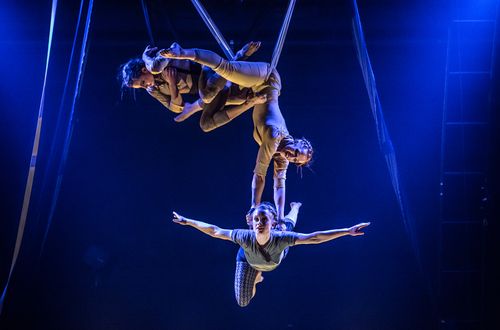 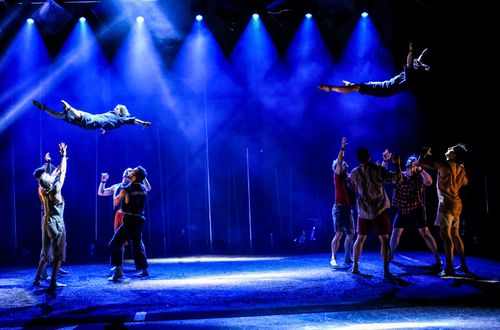