Juan Ignacio Tula and Stefan Kinsman practice a relatively new discipline, the Cyr wheel, developed in the 2000s. Their approach to working as a pair, which combines lifting, handling and antipodism, lays bare the essential: the essence of their fraternal, close and breathtaking.

They are two sides of a single coin, which spins and oscillates between the strangeness of a dream and luminous visions. They play on the differences between their bodies and personalities, and their shared virtuosity with the wheel offers a wide palette of rhythms and spaces to develop the musicality of their relationship, the poetry of their meeting.

Mobile, created by Jörg Müller, is a hanging metallic tubes juggling that sounds like a carillon harmony when made clinking against each other by the artist.

“Finally, Jörg Müller's wind chime act, a miracle of strange device, and one of the most enchanting acts I have ever seen. Five huge tubes ranging from two to five feet in length hang from a single point in the rigging. Jörg pushes them so that they swing in various patterns, avoiding each other as they swoop out over the audience in circles, ellipses and spirals. Several times during the act, when you think he has reached the limits of the prop, he adds a new element to the motion: grabbing the cables and spinning the chimes in a vertical plane, making them rotate in a horizontal plane, and finally tapping them with a thimble on his fingers to turn the whole arrangement into a musical instrument. At the end, he simply lets them collapse together into the center of the stage, clanging and clashing into each other. This was quite simply one of the best juggling shows I have ever seen.” 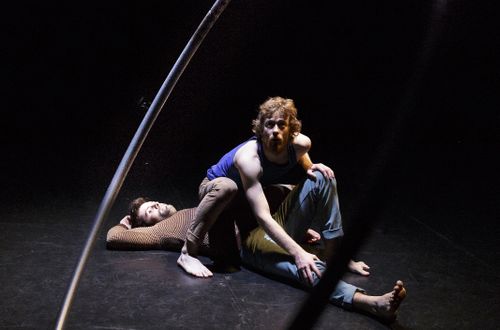 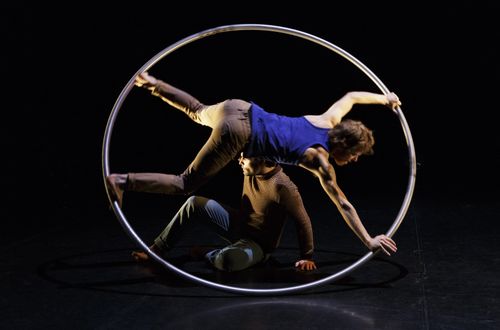 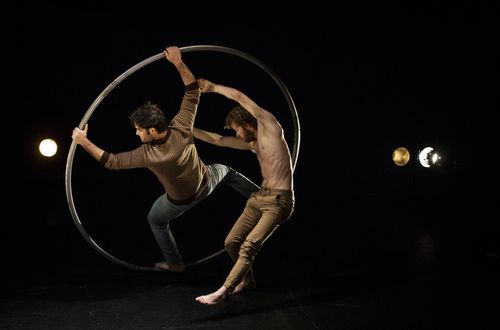 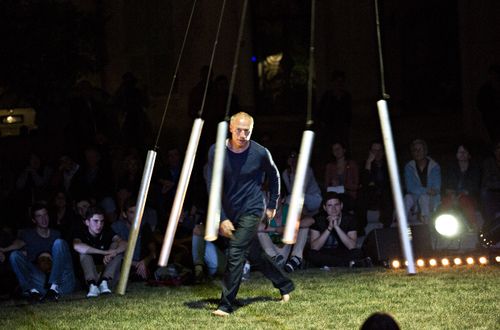 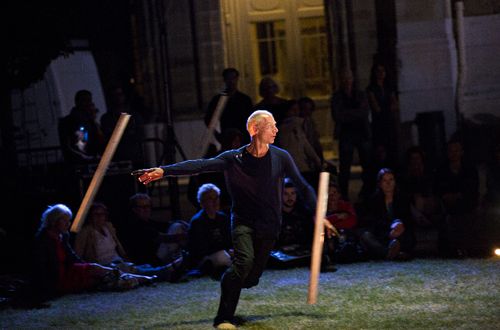